So, What is Fintech? - Charlie Solorzano - Executive Search Consultant

Find Peace Within Yourself

Photo by Markus Spiske on Unsplash 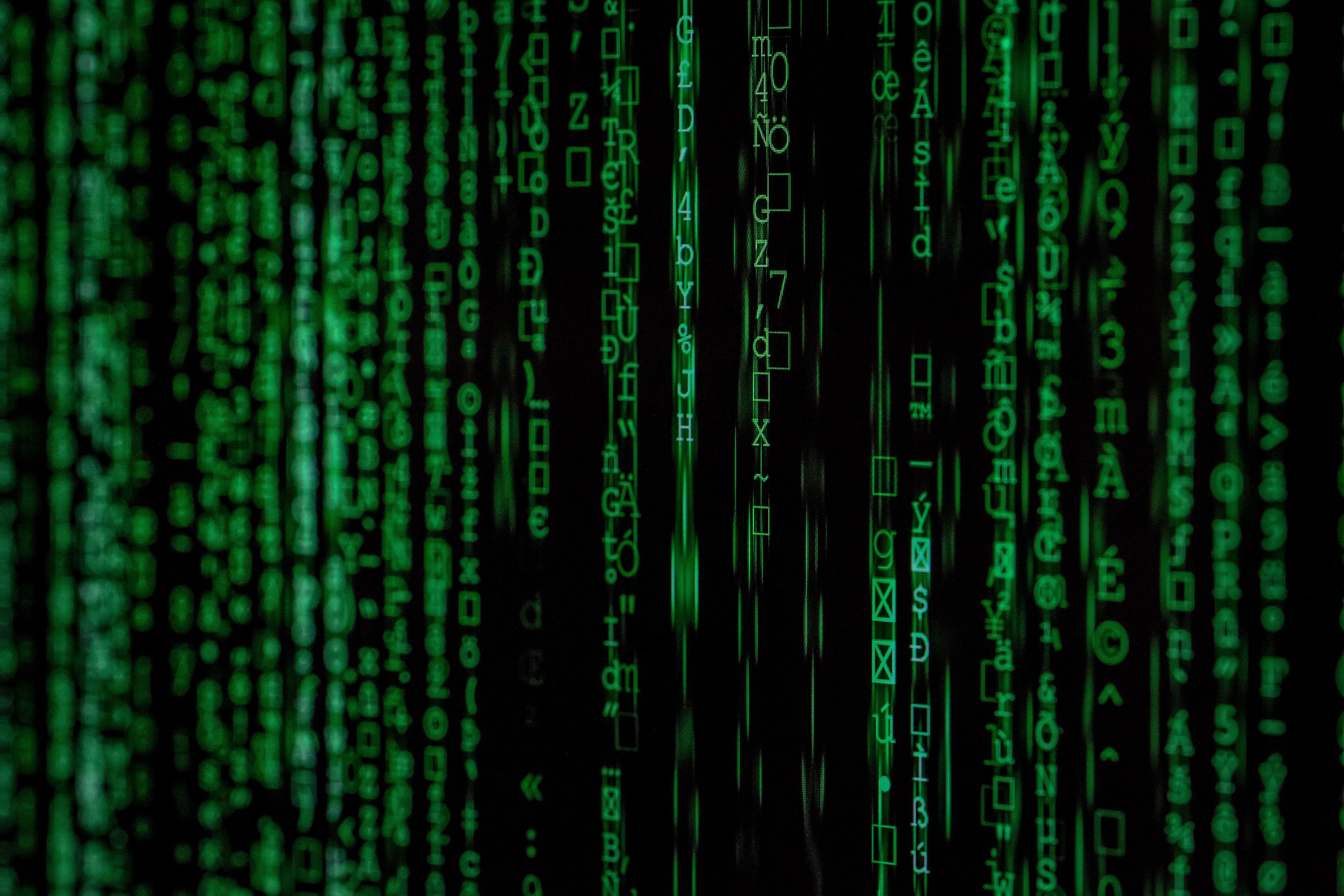 So, What is Fintech?

What Is Financial Technology – Fintech?

Financial technology (Fintech) is used to describe new tech that seeks to improve and automate the delivery and use of financial services. ​​​At its core, fintech is utilized to help companies, business owners and consumers better manage their financial operations, processes, and lives by utilizing specialized software and algorithms that are used on computers and, increasingly, smartphones. Fintech, the word, is a combination of “financial technology”.

Fintech now includes different sectors and industries such as education, retail banking, fundraising and nonprofit, and investment management to name a few. Fintech also includes the development and use of cryptocurrencies such as bitcoin. That segment of fintech may see the most headlines, the big money still lies in the traditional global banking industry and its multi-trillion-dollar market capitalization.

Fintech now describes a variety of financial activities, such as money transfers, depositing a check with your smartphone, bypassing a bank branch to apply for credit, raising money for a business startup, or managing your investments, generally without the assistance of a person.

The most talked-about (and most funded) fintech startups share the same characteristic: they are designed to be a threat to, challenge, and eventually usurp entrenched traditional financial services providers by being more nimble, serving an underserved segment or providing faster and/or better service.

For example, Affirm seeks to cut credit card companies out of the online shopping process by offering a way for consumers to secure immediate, short-term loans for purchases. While rates can be high, Affirm claims to offer a way for consumers with poor or no credit a way to both secure credits and also build their credit histories. Similarly, Better Mortgage seeks to streamline the home mortgage process (and obviate traditional mortgage brokers) with a digital-only offering that can reward users with a verified pre-approval letter within 24 hours or applying. GreenSky seeks to link home improvement borrowers with banks by helping consumers avoid entrenched lenders and save on interest by offering zero-interest promotional periods.

For consumers with no or poor credit, Tala offers consumers in the developing world microloans by doing a deep data dig on their smartphones for their transaction history and seemingly unrelated things, such as what mobile games they play. Tala seeks to give such consumers better options than local banks, unregulated lenders and other microfinance institutions.

Up until now, financial services institutions offered a variety of services under a single umbrella. The scope of these services encompassed a broad range from traditional banking activities to mortgage and trading services. In its most basic form, Fintech unbundles these services into individual offerings. The combination of streamlined offerings with technology enables fintech companies to be more efficient and cut down on costs associated with each transaction.

If one word can describe how many fintech innovations have affected traditional trading, banking, financial advice, and products, it’s ‘disruption,’ like financial products and services that were once the realm of branches, salesmen and desktops move toward mobile devices or simply democratize away from large, entrenched institutions.

For example, the mobile-only stock trading app Robinhood charges no fees for trades, and peer-to-peer lending sites like Prosper Marketplace, Lending Club and OnDeck promise to reduce rates by opening up competition for loans to broad market forces. Business loan providers such as Kabbage, Lendio, Accion and Funding Circle (among others) offer startup and established businesses easy, fast platforms to secure working capital. Oscar, an online insurance startup, received $165 million in funding in March 2018. Such significant funding rounds are not unusual and occur globally for fintech startups.

Entrenched, traditional banks have been paying attention, however, and have invested heavily in becoming more like the companies that seek to disrupt them. For example, investment bank Goldman Sachs launched the consumer lending platform Marcus in 2016 and recently expanded its operations to the United Kingdom.

That said, many tech-savvy industry watchers warn that keeping apace of fintech-inspired innovations requires more than just ramped up tech spend. Rather, competing with lighter-on-their-feet startups requires a significant change in thinking, processes, decision-making, and even overall corporate structure.

New technologies, like machine learning/artificial intelligence, predictive behavioral analytics, and data-driven marketing, will take the guesswork and habit out of financial decisions. “Learning” apps will not only learn the habits of users, often hidden to themselves, but will engage users in learning games to make their automatic, unconscious spending and saving decisions better. Fintech is also a keen adaptor of automated customer service technology, utilizing chatbots to and AI interfaces to assist customers with basic tasks and also keep down staffing costs. Fintech is also being leveraged to fight fraud by leveraging information about payment history to flag transactions that are outside the norm.

There are four broad categories of users for fintech: 1) B2B for banks and 2) their business clients, and 3) B2C for small businesses and 4) consumers. Trends toward mobile banking, increased information, data, and more accurate analytics and decentralization of access will create opportunities for all four groups to interact in heretofore unprecedented ways.

As for consumers, as with most technology, the younger you are the more likely it will be that you are aware of and can accurately describe what fintech is. The fact is that consumer-oriented fintech is mostly targeted toward millennials given the huge size and rising earning (and inheritance) potential of that much-talked-about segment. Some fintech watchers believe that this focus on millennials has more to do with the size of that marketplace than the ability and interest of Gen Xers and Baby Boomers in using fintech. Rather, fintech tends to offer little to older consumers because it fails to address their problems.

When it comes to businesses, before the advent and adoption of fintech, a business owner or startup would have gone to a bank to secure financing or startup capital. If they intended to accept credit card payments they would have to establish a relationship with a credit provider and even install infrastructure, such as a landline-connected card reader. Now, with mobile technology, those hurdles are a thing of the past.

Financial services are among the most heavily regulated sectors in the world. Not surprisingly, regulation has emerged as the number one concern among governments as fintech companies take off.

As technology is integrated into financial services processes, regulatory problems for such companies have multiplied. In some instances, the problems are a function of technology. In others, they are a reflection of the tech industry’s impatience to disrupt finance.

For example, automation of processes and digitization of data makes fintech systems vulnerable to attacks from hackers. Recent instances of hacks at credit card companies and banks are illustrations of the ease with which bad actors can gain access to systems and cause irreparable damage. The most important questions for consumers in such cases will pertain to the responsibility for such attacks as well as misuse of personal information and important financial data.

There have also been instances where the collision of a technology culture that believes in a “Move fast and break things” philosophy with the conservative and risk-averse world of finance has produced undesirable results. San Francisco-based insurtech startup Zenefits, which was valued at over a billion dollars in private markets, broke California’s insurance laws by allowing unlicensed brokers to sell its products and underwrite insurance policies. The SEC fined the firm $980,000 and they had to pay $7 million to California’s Department of Insurance.

Regulation is also a problem in the emerging world of cryptocurrencies. Initial coin offerings (ICOs) are a new form of fundraising that allows startups to raise capital directly from lay investors. In most countries, they are unregulated and have become fertile ground for scams and frauds. Regulatory uncertainty for ICOs has also allowed entrepreneurs to slip security tokens disguised as utility tokens past the SEC to avoid fees and compliance costs.

Because of the diversity of offerings in fintech and the disparate industries it touches, it is difficult to formulate a single and comprehensive approach to these problems. For the most part, governments have used existing regulations and, in some cases, customized them to regulate fintech.

They have established fintech sandboxes to evaluate the implications of technology in the sector. The passing of General Data Protection Regulation, a framework for collecting and using personal data, in the EU is another attempt to limit the amount of personal data available to banks. Several countries where ICOs are popular, such as Japan and South Korea, have also taken the lead in developing regulations for such offerings to protect investors.

With information from Investopedia.

We help clients shape organizations in the financial technology (fintech) sector. Alder Koten consultants maintain close ties to outstanding leaders and potential directors, in multiple industries and geographies. These relationships support our ability to identify and evaluate exceptional candidates for every appointment.

If you need more information on our services:

Photo by Keegan Houser on Unsplash

Photo by Sam Rios on Unsplash